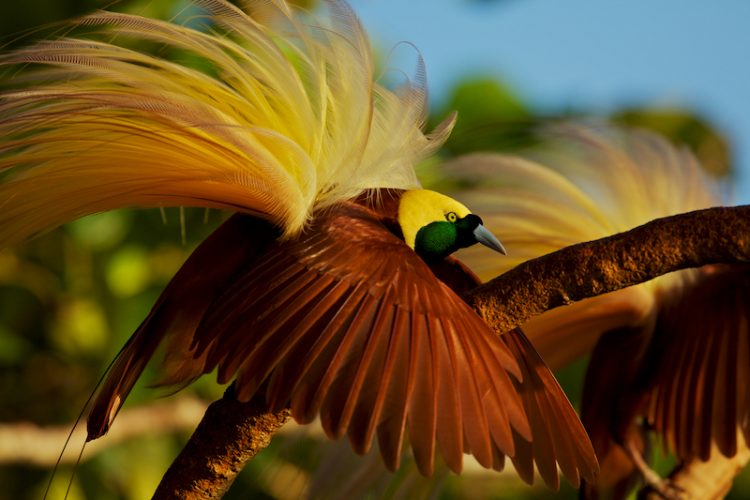 A Happy World Photography Day to You!

Photography is a pleasurable experience for sure. Bird photography is mind-blowing because of the variety. They are also challenging to photograph. You wouldn’t get tired anytime.

Here’s a list of 12 top bird photographers in the world who are never tired. They are photographing birds from several years to decades. They will continue to do so.

Their bird photographs are magical. Some are out of this world. They are unbelievably good.

You know the secret of creating good to great bird photographs?

Don’t just say wow. Look in deeper. Imagine how they would have taken that shot. What if you were there? How would you take it?

The more you think of it, better your photographs will become. It’s the easier route to success in bird photography.

OK. Enough said. Here’s the list of the mighty bird photographers who will make your day. They will put a smile on your face. They will make you get up and get going with your gear.

Get ready to be inspired.

If you think I have left out some more prominent bird photographers, do let me know in your comments. Mention the photographers name and link to their portfolio. 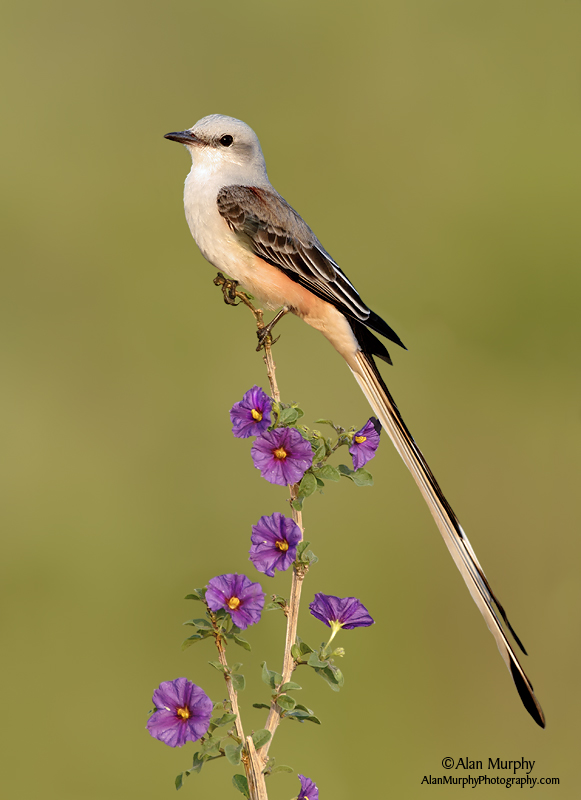 He enjoys traveling the country speaking at festivals and photo clubs.  Alan and his wife Kim raise their children in the Houston area, where he can be found immersing himself in the local and migrating birds along the coast, valley and hill country of Texas. 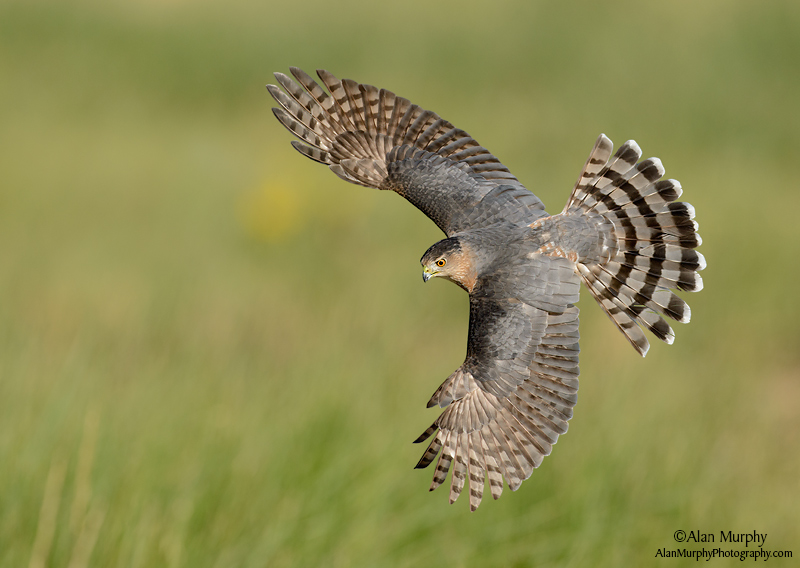 Andy Rouse is an inspirational wildlife photographer who is well known the world over. A unique and charismatic figure he is famed for his ability to capture moments from the lives of animals and birds in the wild from a different view point and often from his trade-mark stance, that of being “up close and personal” to some of the most fascinating and often potentially dangerous animals. 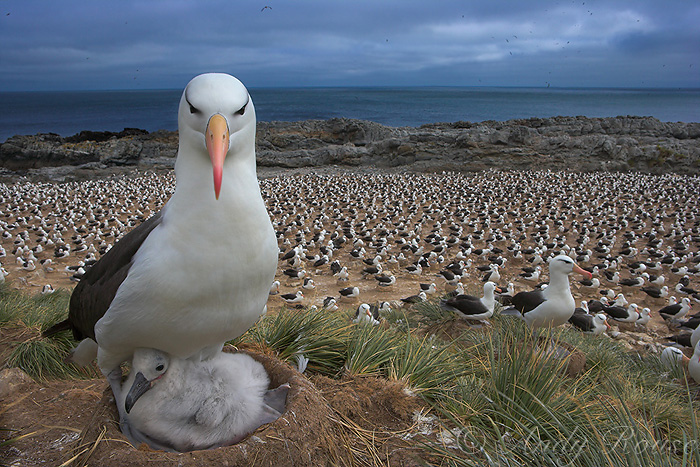 Andy Rouse’s images have been acknowledged as being some of the best in the world for many years. He has won 9 awards in the past 7 years in the prestigious BBC Wildlife Photographer of the Year Competition including the Gerald Durrell Award for Endangered Species. He is the current holder of the Cherry Kearton award for wildlife photography from the Royal Geographical Society. 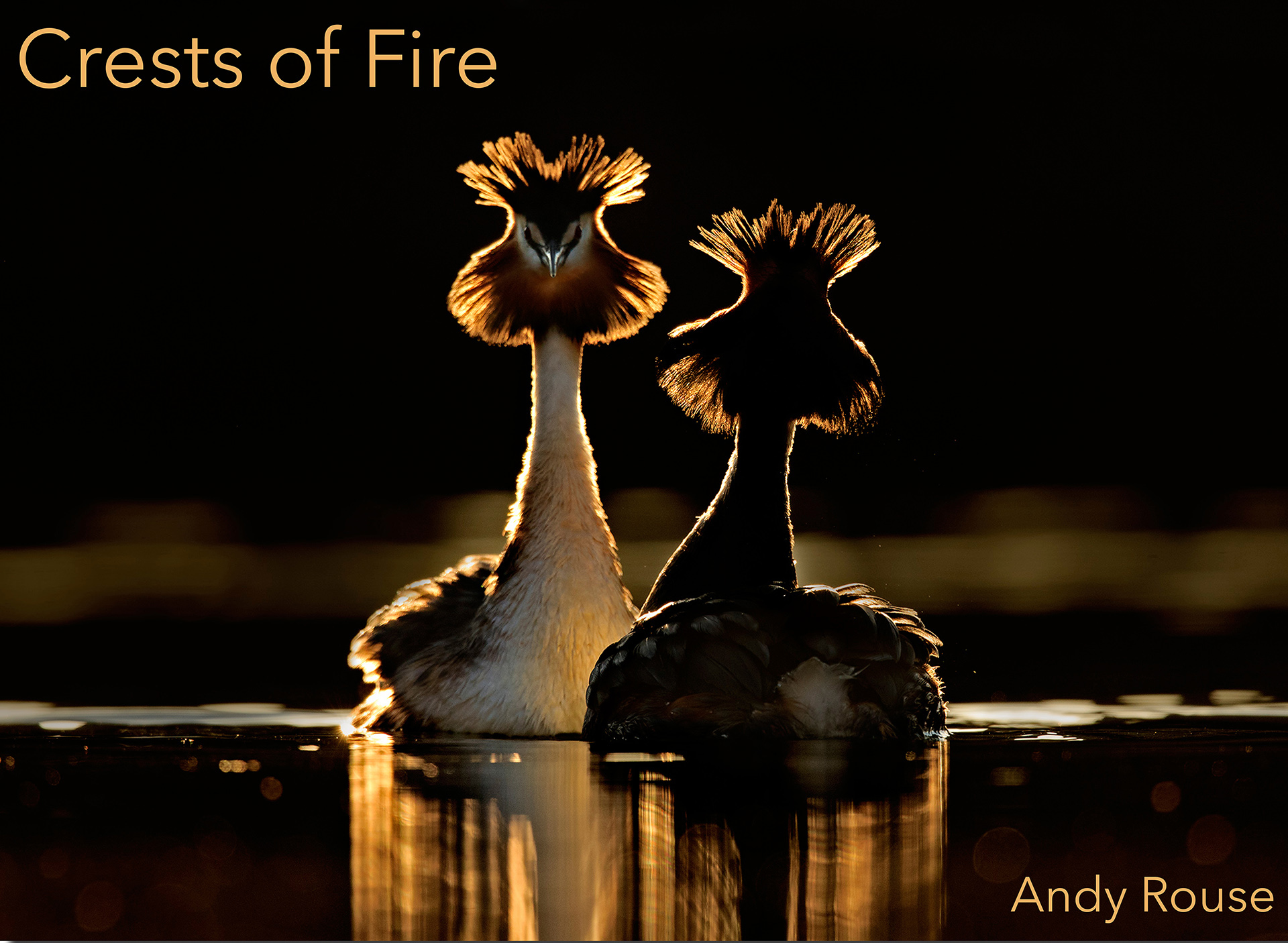 His first major photography book, “The Art of Bird Photography,” was released by Amphoto, NY in 1998 and quickly became the classic how-to work on bird photography. Virtually all of today’s top-flight bird photographers learned the basics from this work. 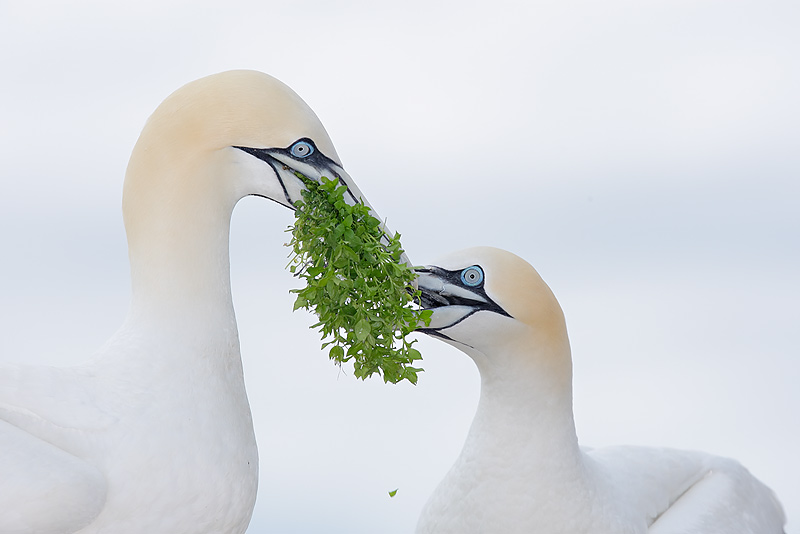 Arthur Morris has been a Canon Explorer of Light for more than 20 years and continues in that role today.  He was honored with a NANPA (North American Nature Photography Association) Service Award in 2010 primarily for his work over many years with the NANPA High School and College scholarship programs.  He is the founder and co-owner of BirdPhotographer’s.Net. 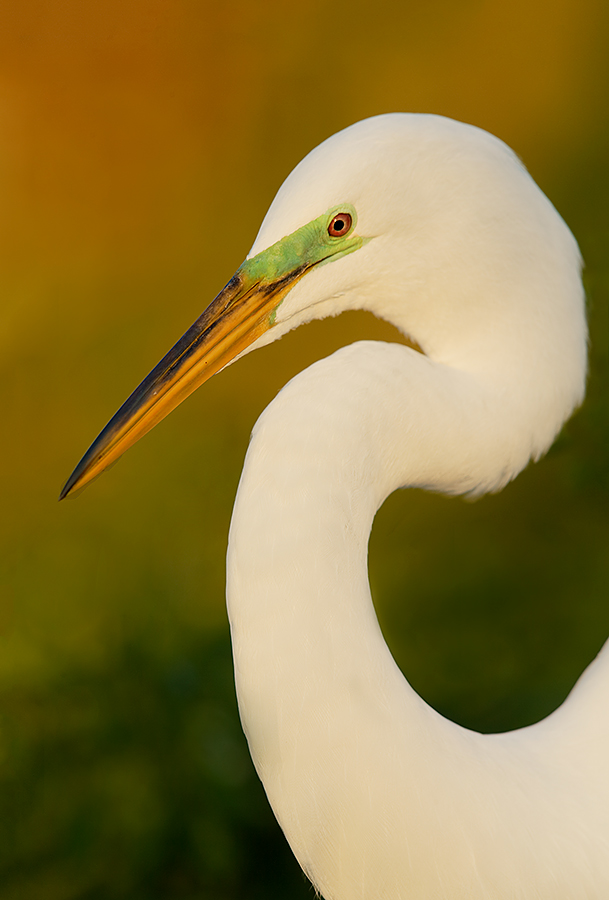 Bence Mate was awarded the Young Nature Photographer of the Year in the global contest of the BBC in 2002. In 2005 he was awarded the Eric Hosking prize given to the most prepared under-26 nature photographer, which he repeated in 2007, 2010, and 2011! 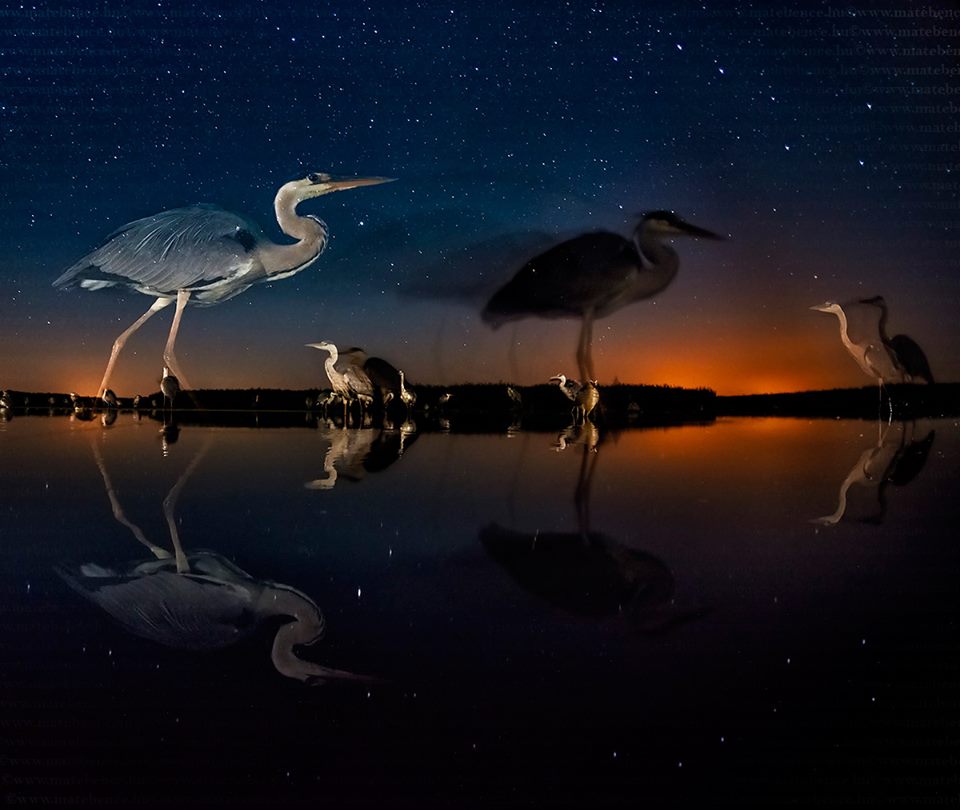 His excellent eye for details and ability for professional work has made him one of the best known wildlife photographers in the world. 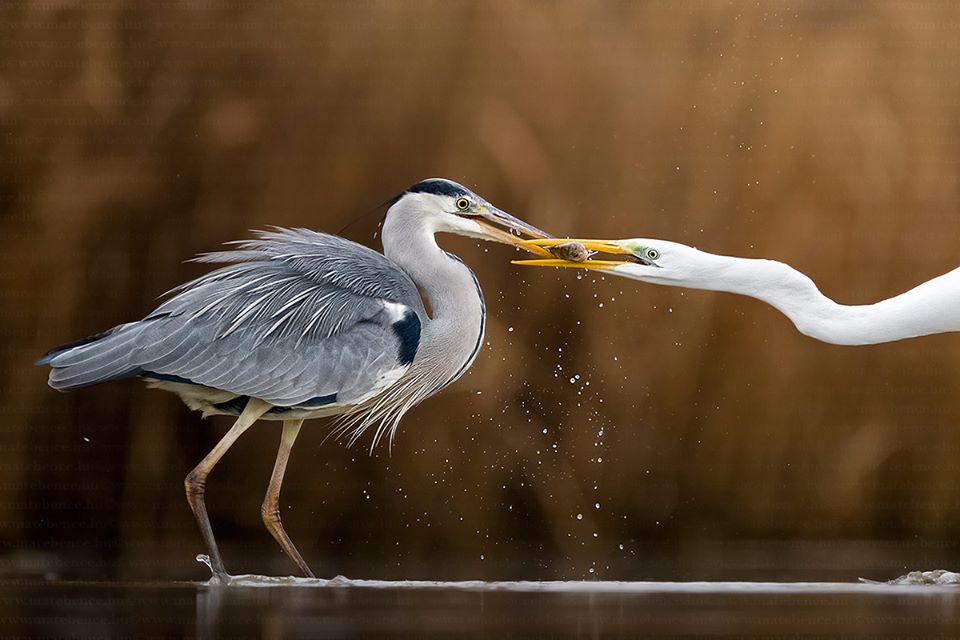 David Tipling is a professional wildlife photographer with an international reputation. His highly distinctive images have earned him many awards and accolades. Sir David Bellamy described Tipling’s photographs in The National Parks and other Wild Places of Britain and Ireland as “windows of wonder”.

David has enjoyed a long and close association with book publishing having been the author or commissioned photographer for more than 40 titles. 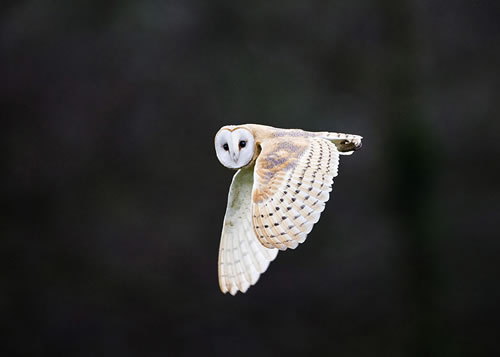 Shortly after an epic expedition camping on sea ice next to an Emperor Penguin colony in Antarctica, Marie Claire Magazine named David one of the ten most adventurous outdoor photographers in the world.  This same work on Emperor Penguins resulted in the European Nature Photographer of the Year Documentary Award. Other awards have included multiple successes in the BBC Wildlife Photographer of the Year and Nature’s Best where in 2009 David was awarded the Indigenous Cultures Award for his work on Mongolian Eagle Hunters. 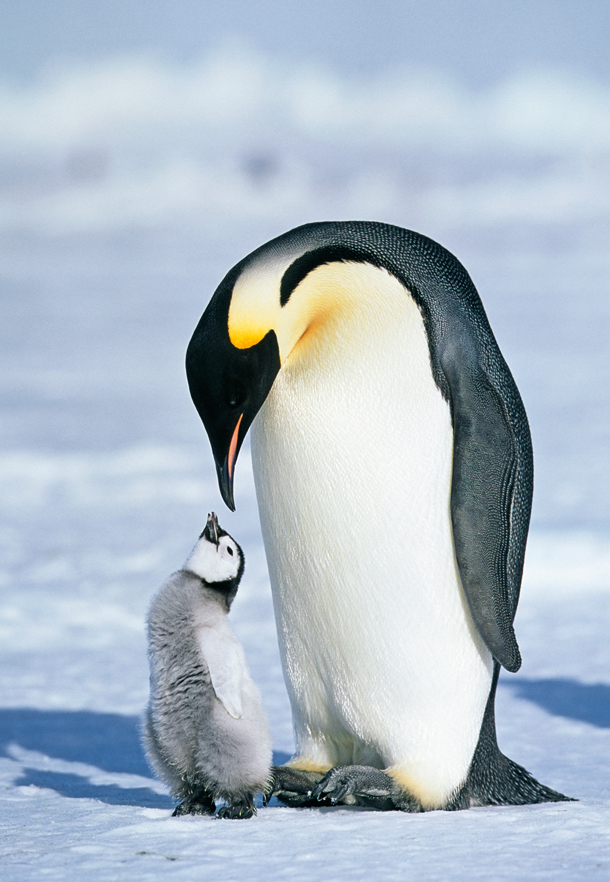 Glenn Bartley is a world renowned professional nature photographer from Victoria, British Columbia, Canada. He focuses almost all of his efforts on capturing intimate images of birds in their natural habitat. Glenn is especially well known for his portraits of rare and difficult to photograph birds from the Neotropical Region and his portfolio of hummingbird images. 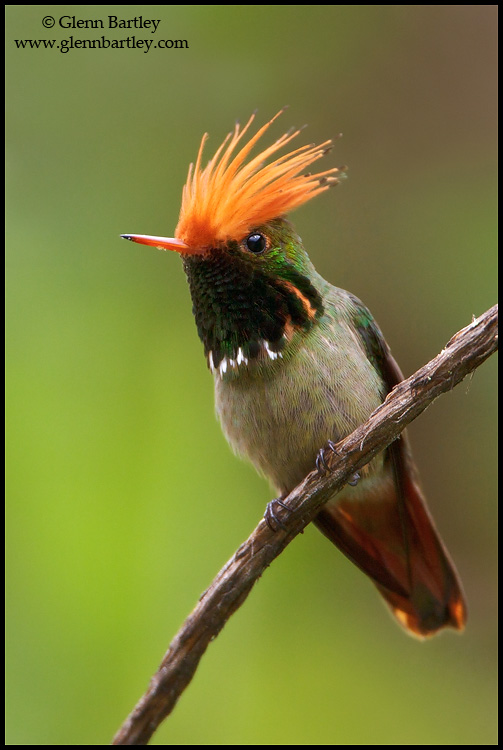 Glenn Bartley’s images are well respected and represented around the world. He is an award winning photographer whose work is regularly featured in North American and International nature books, calendars and publications. Glenn’s work is regularly featured in magazines such as Audubon, Birdwatching, Canadian Wildlife, Birders World, and many more. His images regularly appear in books on birds including several by National Geographic. Glenn has also published several books of his own including “Birds of Ecuador“, “Birds of Vancouver Island” and “Birds of British Columbia” as well as instructional guides on Post Processing, Flash and Tropical Nature Photography Techniques. 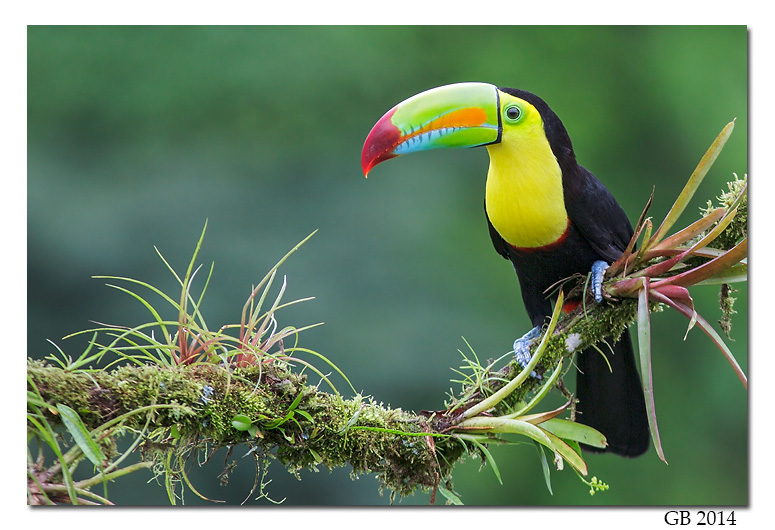 Gregory Basco is a professional nature photographer based in Costa Rica. He believes in representing the nature in a unique way. Here’s Greg’s approach to photography “I try hard to accomplish two things when I’m out photographing. First, I use a number of in-camera techniques (flash, creative exposures, different shutter speeds, filters) to give a different take on my subjects. Second, I attempt to include something in the frame (a little plant, more habitat, interesting light, motion, lines, out of focus background elements) that gives any image that little something extra. By doing these two things, I hope that my image of a given subject doesn’t look just like the next photographer’s picture.” 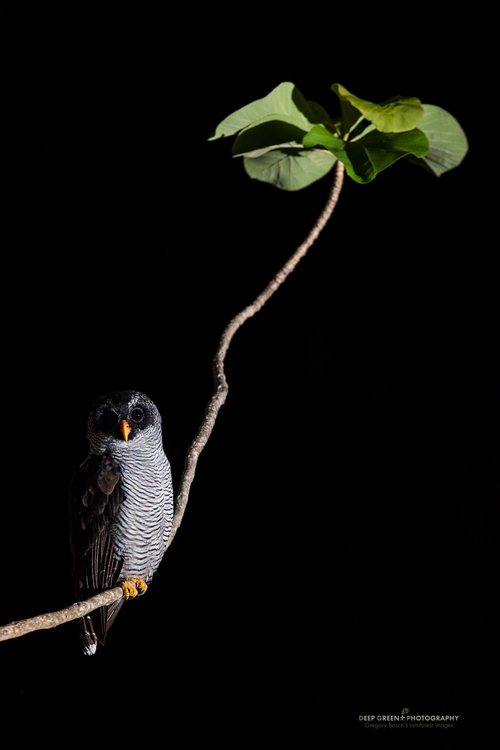 Gregory Basco’s images have been published in numerous books, calendars, and magazines, including National Geographic, National Geographic Kids, GEO Germany, Sierra Club, The Nature Conservancy, and Newsweek. His images are honored in the important contests like the BBC/Veolia Wildlife Photographer of the Year contest and the Nature’s Best Windland Rice Smith contest. 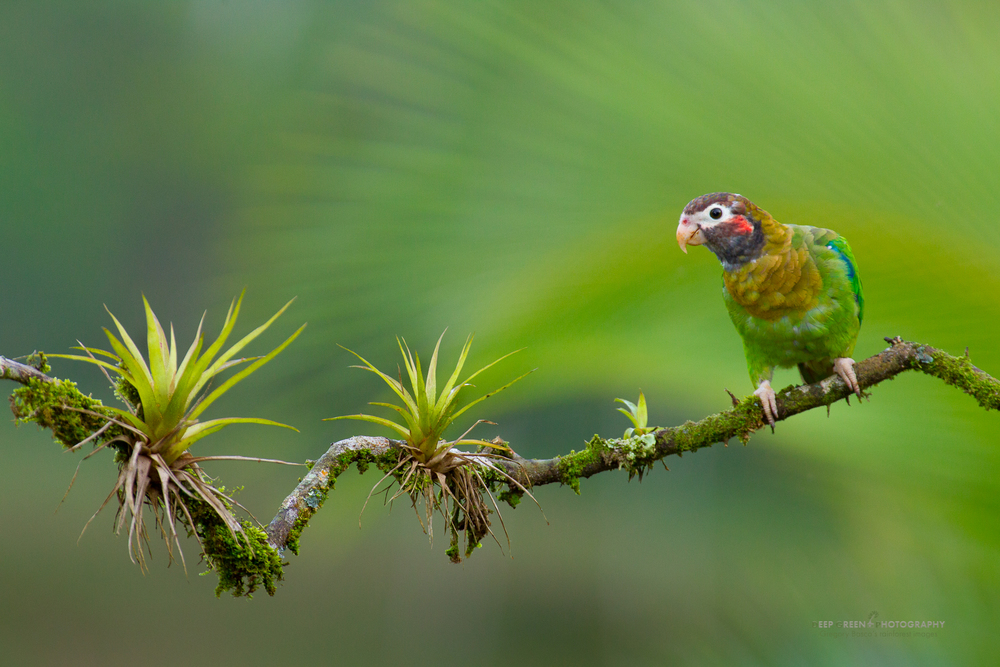 Jari Peltomaki is professional wildlife photographer and director of Finnature, Finland’s leading wildlife tour operator. He lives in Liminka, Finland. His photography work has been used worldwide and he has co-published several books of birds and photography. He has co-authored the very popular bird photography book “The Handbook of Bird Photography.” 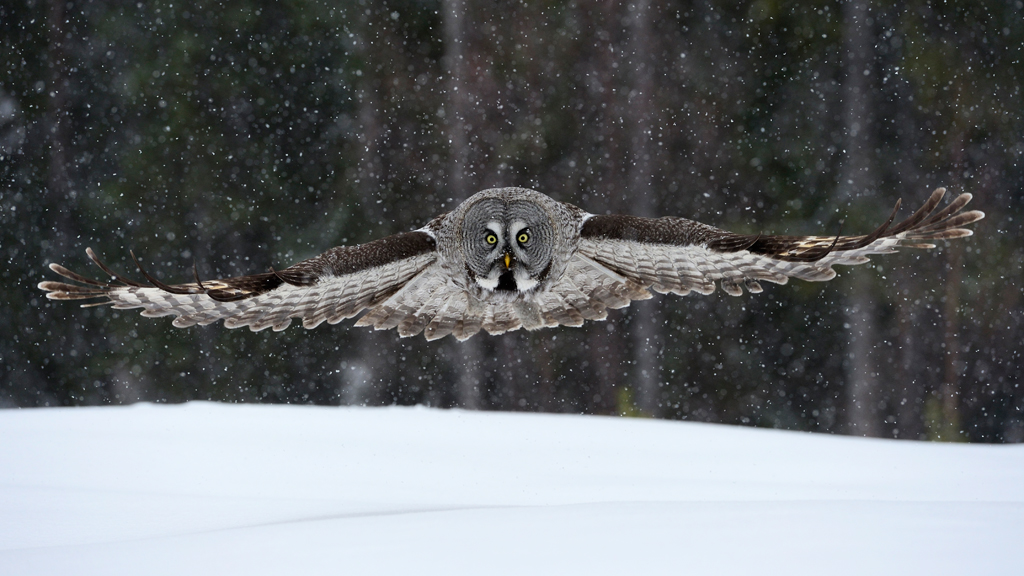 Jari is a Nikon ambassador since 2012. 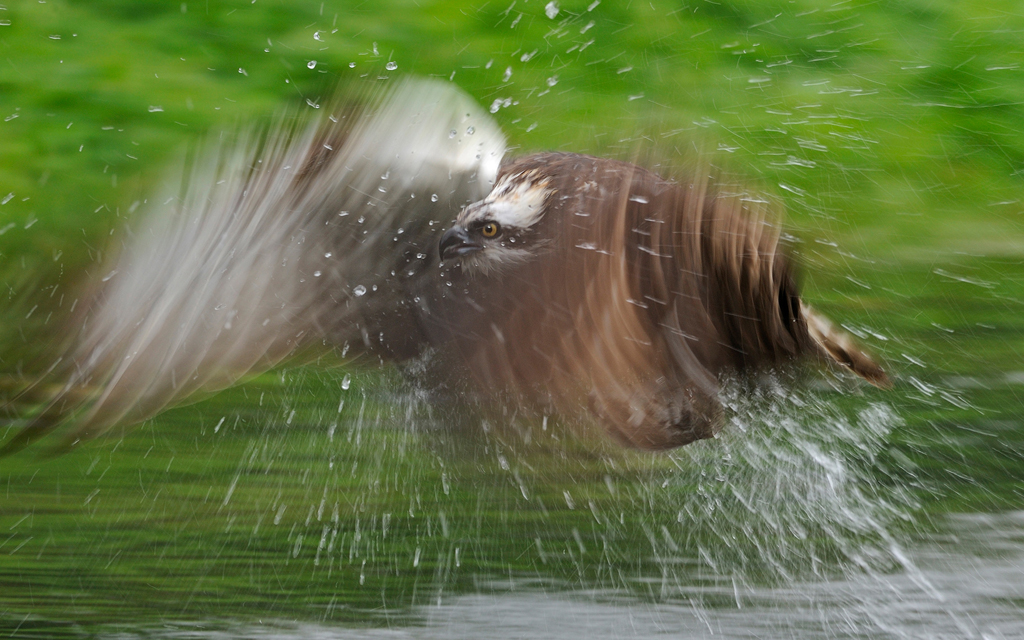 Miguel Lasa started taking photographs as a teenager when his mother gave him a film SLR as a birthday gift. Since then, photography has become his passion. He has traveled the world in search of wildlife subjects. 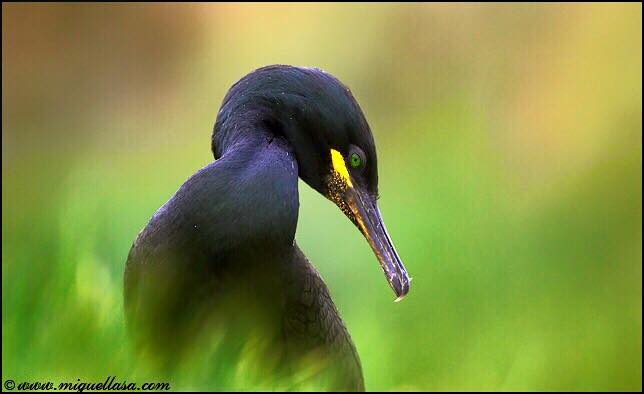 Miguel Lasa’s work has been widely published and he has won numerous photography awards including the first place in the BBC Wildlife Photographer of the Year competition Creative Visions of Nature category and visitor’s choice award in 2008. His winning image “Polar Sunrise” was displayed in an exhibit at the Natural History Museum in London. 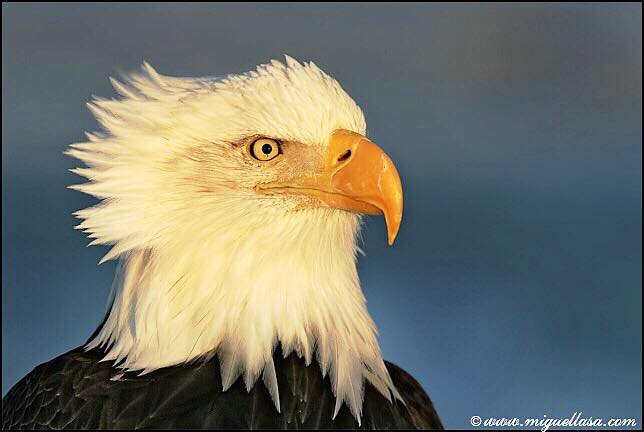 For Ofer Levy, photography is his passion, profession and a way of life. He has been fascinated by nature ever since he can remember. Bought his first SLR camera (Olympus OM-1 and 300 mm lens) as a teenager and started taking pictures of birds.

Ofer Levy served as a Biology teacher for many years. He believes that his photography and teaching wildlife photography to others serves as a tool to promote the love for nature and conservation. 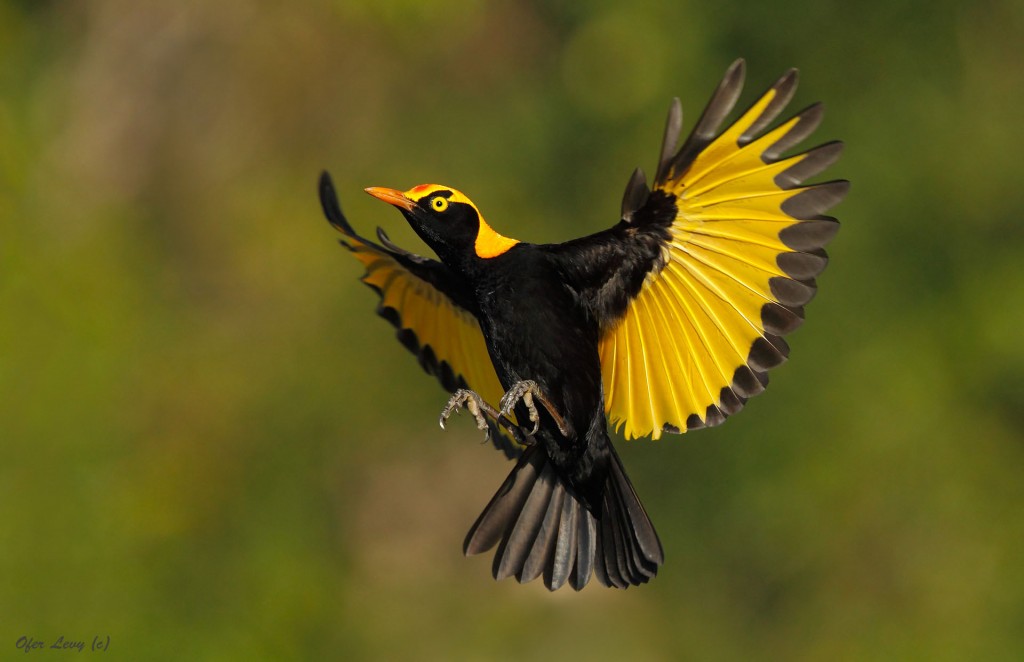 Rathika Ramasamy is arguably one of India’s foremost wildlife photographers. She is passionate about birds and is specializing in bird photography. In documenting birds through her photographs, she has developed a style of technical excellence combined with a captivating story. She has travelled to most of the National parks in India, and has also been to national parks in Africa.

For Rathika, wildlife photography is not only for her a passion, but a powerful medium to help conserve nature. Her work has been appreciated and featured in several national and international publications as well as exhibitions. 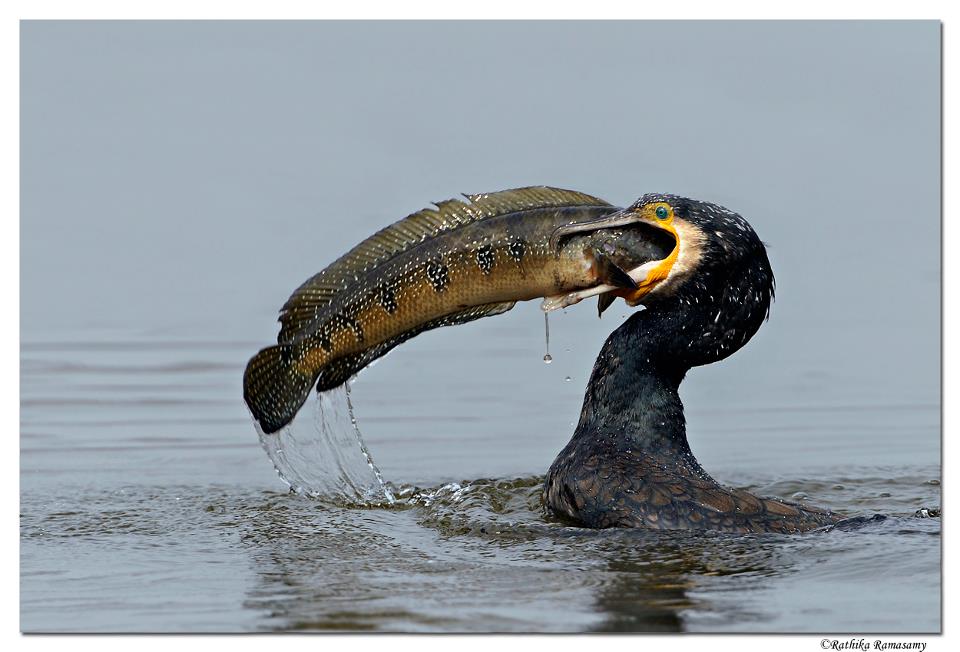 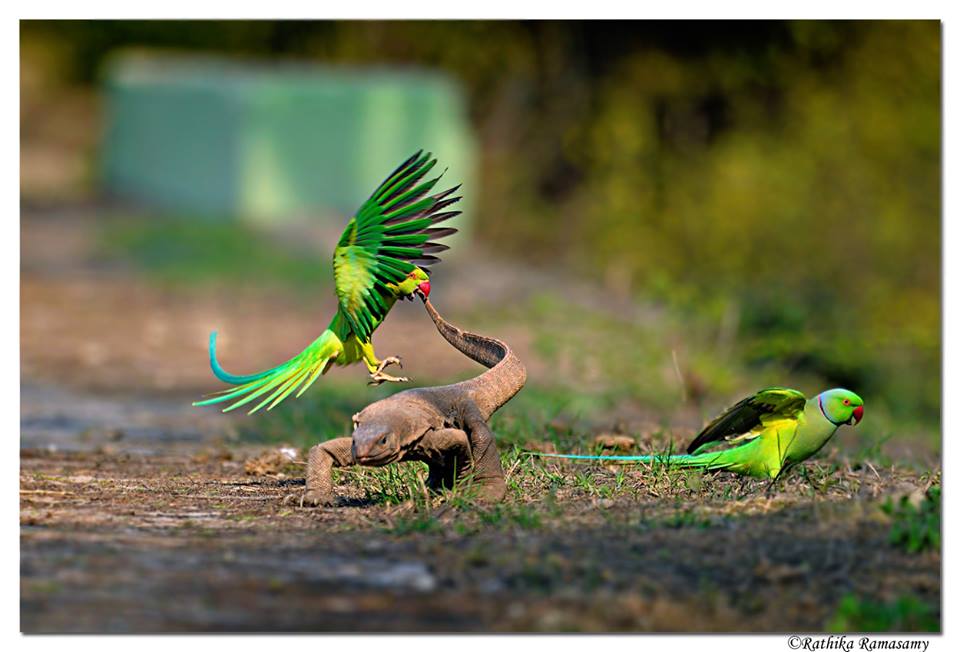 Tim Laman is a field biologist and wildlife photojournalist. He credits his childhood in Japan, where he had ready access to the mountains and oceans, for his strong interest in exploring nature, both above and below water.

Tim Laman’s pioneering research in the rain forest canopy in Borneo led to a PhD from Harvard and his first National Geographic article in 1997. Since then, he has pursued his passion for exploring wild places and documenting little-known and endangered wildlife by becoming a regular contributor to National Geographic.  He has 21 articles to his credit to date, all of which have had a conservation message. Tim has also published more than a dozen scientific articles related to rainforest ecology and birdlife. 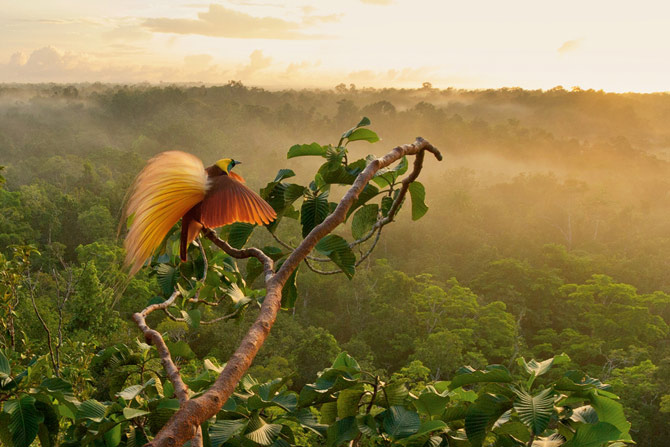 Tim Laman has developed somewhat of a reputation for being able to come back with shots of nearly impossible subjects like gliding animals in Borneo, displaying Birds of Paradise, and some of the most critically endangered birds in the world such as the Nuku Hiva Pigeon and the Visayan Wrinkled Hornbill of the Philippines.  He continues to relish such challenges, and firmly believes that promoting awareness through photography can make a difference for conservation. 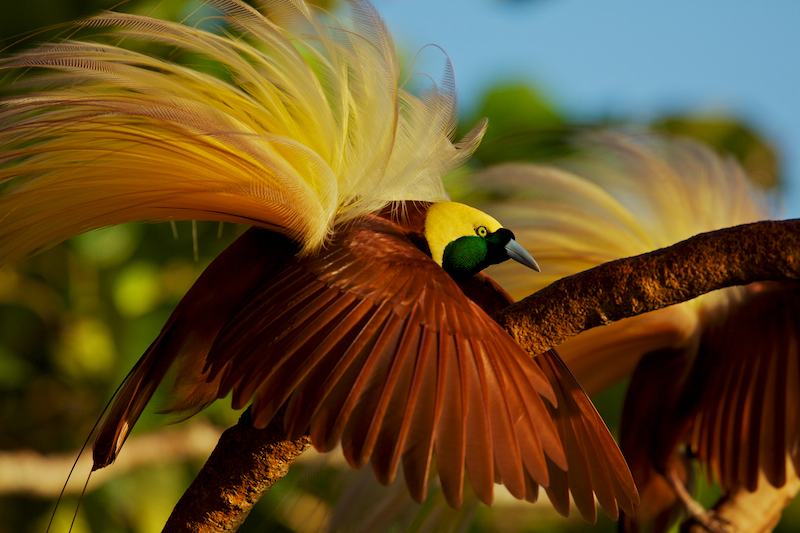 I bet you do. It takes several days to a week to really go through these awesome bird photographers’ portfolio.

Take your time and go through each of them. Study all the photographs from these top 12 bird photographers. See what makes them different. What’s that they are doing which you can incorporate in your photography. You’ll learn a lot more than you would learn from any article, magazine, or a book. You know why? Their work speaks for itself.

I hope I have made this world photography day a memorable day for you. Enjoy.

If you think I have left out some more prominent bird photographers, do let me know in your comments. Mention the photographer name and link to their portfolio.

In previous articles, we looked at the best camera bodies and the best lenses for bird…