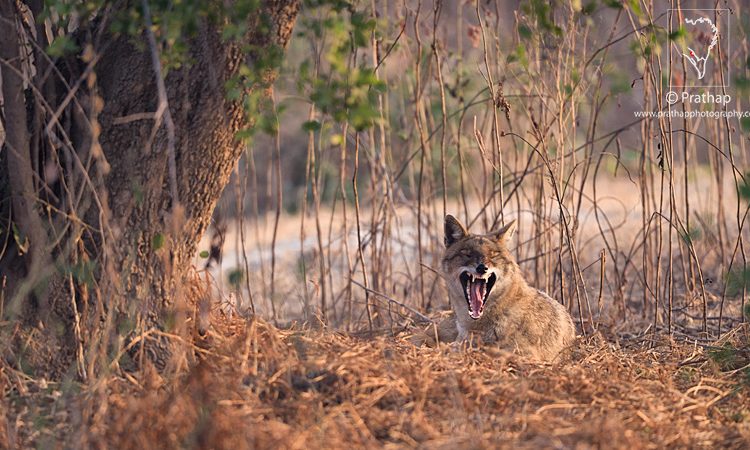 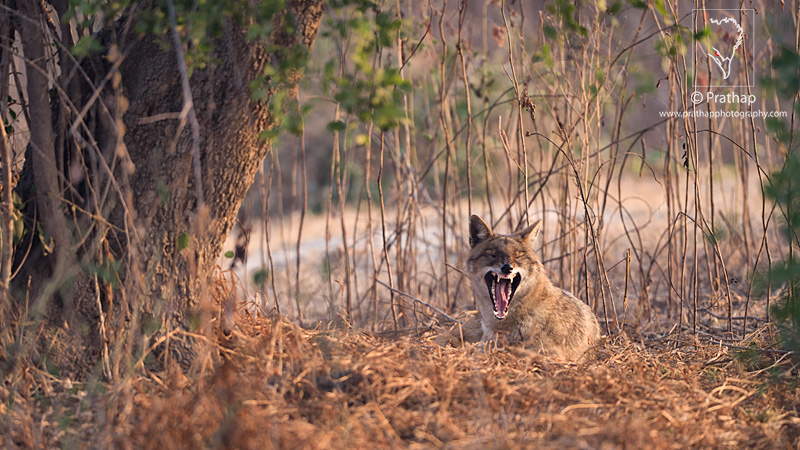 Jackals are one of the main attractions in Keoladeo National Park. They are usually found within a kilometre from the entrance of the park.  This jackal was relaxing in the early morning light under a tree.

Jackals are bit difficult to photograph as they run away at a glimpse of human presence. I had to hide behind the bush to setup my tripod before moving to an open area to get a clear pose of the jackal. It pays to always keep an eye on the animal when you want to move around. I moved to the open area slowly and steadily when I was sure that the jackal was not paying attention to the surrounding and that happens only for few seconds at the most.

After setting up the tripod it was matter of waiting and composing the shot. Jackal decided to pose for me too 🙂

When you spot an animal, try not to move swiftly. Stop and take your time to setup everything behind a hide. Once you are comfortable, move to a spot where you get a clear view keeping in mind not to disturb the animal.

The jackal is a small carnivorous mammal of the genus Canis, which also includes the wolf, dog, and coyote. While the word “jackal” has historically been used for many small canids, in modern use it most commonly refers to three species: the closely related black-backed jackal and side-striped jackal of sub-Saharan Africa, and the golden jackal of northern Africa and south-central Eurasia.

Do you know the biggest problem that we face while learning new skills? No matter…

Which Camera Is The Best?

This question is probably the most asked question for any photographer. You might have been…