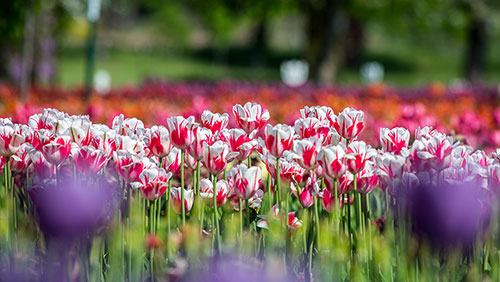 Part-IV was a precursor to understanding Aperture, Shutter Speed and ISO. In Part V, we understood the basics of Aperture and its importance in photography.

In this part, let us understand how we can use the Aperture settings to achieve required Depth of Field (DOF) in an image.

Depth of Field refers to nearest to the farthest object that is acceptably sharp in an image.

As we understand that image is a 2-dimensional representation of a 3-dimensional medium (width, height and depth).

Try this now. Bring your thumb as close as possible to your eyes. Concentrate on thumb only, now what do you see?

Let us examine how we can achieve the shallow or deep DOF in photography.

There are several factors that affect how much DOF one can achieve. They are:

For now, let us consider only the Aperture and its effect on Depth of Field. We will consider all other factors along with Aperture to illustrate how they affect Depth of Field in a dedicated article.

An image is said to have shallow DOF when only a small portion of the image (generally main subject of interest) is in sharp focus, but rest of the scene is out of focus.

Shallow DOF yields to aesthetically pleasing images due to the bokeh effect produced by out-of-focus areas. It is extensively used in Macro, Portrait and Wildlife Photography especially in Bird photography.

Shallow DOF can be achieved with larger aperture values (smaller denominator values) like f/2.8, f/4, f/5.6, etc. It’s that simple! Provided all other factors are taken care of. But there are some exceptions, which you can see in the below photographs!

Below are some photographs where I have used Shallow Depth of Field. 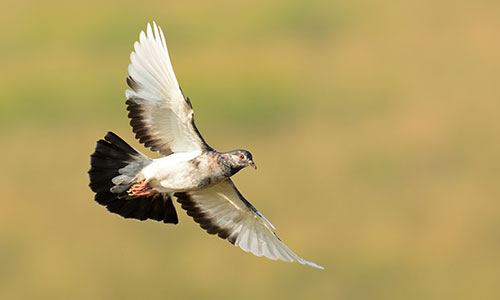 An example of Shallow Depth of Field, where the main subject of interest (Dove) is in sharp focus and the rest of the scene is blurred.
Aperture setting: f/4 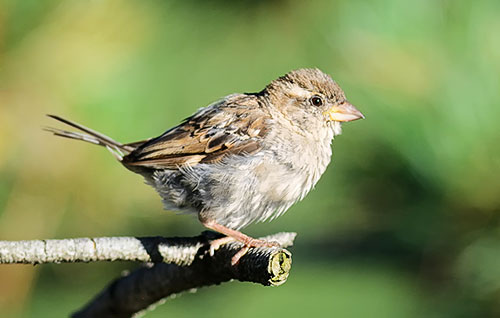 Another example of use of Shallow Depth of Field to make the subject (sparrow) stand out in the frame. The bokeh effect of the background makes the photograph aesthetically pleasing.
Aperture Setting: f/4 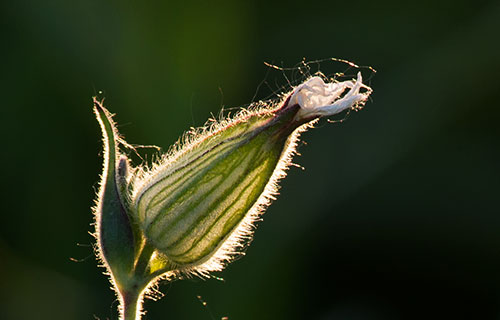 Another example of use of Shallow Depth of Field combined with back lighting makes this bud glow.
I have chosen the Aperture setting of f/9 to get end to end sharpness in the bud while throwing everything else out of focus!
This was possible due to the fact that I was using a full frame sensor with 400mm lens and was only few feet away from the subject.
Aperture Setting: f/9 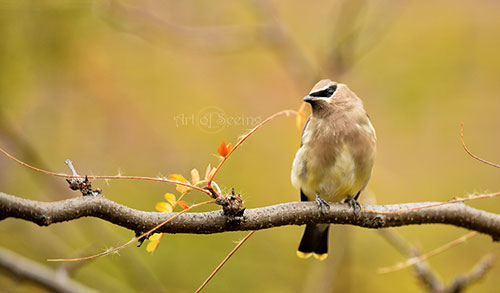 In this photograph, the Cedar Waxwing and the branch it is perching on, are in perfect focus and the rest of the scene is out of focus.
More depth of field might have brought the background branches in focus which could have potentially ruined this image.
Aperture Setting: f/2.8

This is a very different example of usage of Shallow Depth of Field in the Landscape photography.
A normal tendency for this kind of scene is to consider deep DOF. However, I decided to go for shallow DOF bringing only one kind of Tulips in focus and rest of the Tulips slightly out of focus.
Aperture Setting: f/8

An image is said to have deep DOF when the image is in sharp focus from foreground to background.

Deep DOF is much widely used in Landscape Photography where it is usually necessary to show the entire landscape in sharp focus. However, sometimes keeping only portion of the landscape image in sharp focus yields wonderful image (Tulip garden image).

Deep DOF can be achieved with smaller aperture values (bigger denominator values) like f/9, f/11, f/16, f/22, etc. Here again, we need to take care of all other factors. But there are some exceptions, which you can see in the below photographs!

Below are some photographs where I have used Deep Depth of Field. 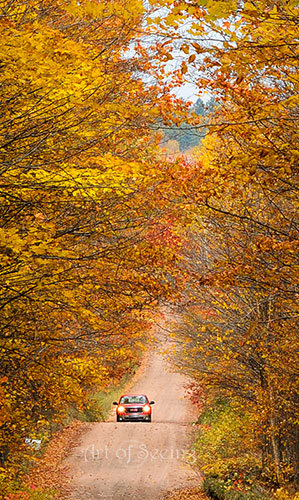 A natural scene that demands for a deep DOF. The road that serves as the leading line in the photograph runs from foreground to the distant background. It is necessary to keep everything in focus.
Aperture Setting: f/9
Note that I am using a middle aperture value f/9 as opposed to general belief of using a very small aperture. But there is something called hyper-focal distance and also diffraction to consider! 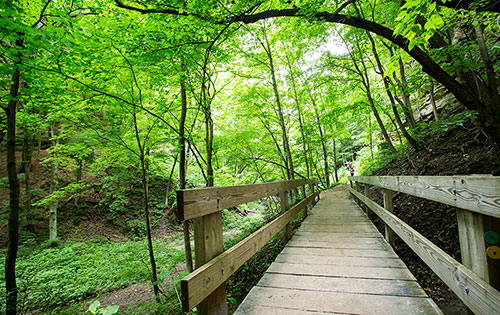 Yet another example of use of deep DOF in landscape photography. The wooden bridge serves as the leading line to give this photograph the much needed depth.
Aperture Setting: f/9
As said in the previous example I have considered the hyper-focal distance. 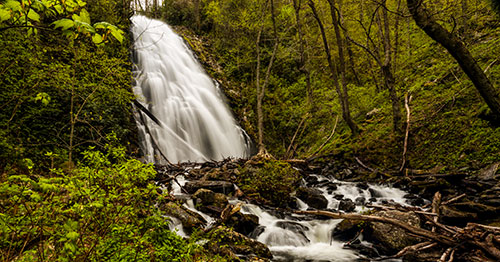 Crabtree falls photograph uses the deep DOF for obvious reasons. The waterfalls which acts as the main subject of interest as well as the leading line needs to be in sharp focus throughout.
Aperture Setting: f/22
The choice of a very small aperture value was needed to give a silky smooth effect to the waterfalls.

Simple Experiment to see the effect of Aperture

Try out this simple experiment to see the effect of Aperture on Depth of Field.

In Part VII, we discuss about the Shutter Speed. 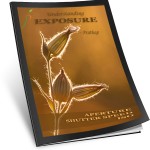 I feel I am going off-track here. I have not been able to write a…

The Rule Of Thirds for Bird Photography